Bats in the UK

At a national scale the UK has 18 species of bat, 17 of which are known to breed here. They roost in various locations throughout the year, often with other bats and hibernate over the winter. Research has shown that some species prefer hollow trees, others caves and some use both at different times of the year. Many species roost in buildings, sometimes in roof spaces but often in gaps in stonework or behind fascias, or under slates or tiles. They roost in both modern and old houses and are most noticeable during the summer active season when they are not hibernating.

UK bat species are some of our most endangered forms of wildlife and population distributions have declined greatly over the past century due to roosting and foraging habitat destruction. Because bats are becoming increasingly rare they are now fully protected by UK law. They are also a European Protected Species (EPS).

The procedure for carrying out a bat survey 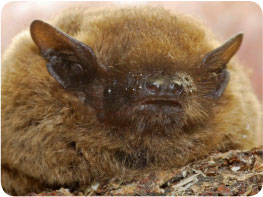 The team at Total Ecology hold all of the necessary licences for carrying out bat surveys and working with bats in the UK. We approach each case on an individual basis and our consultants offer a tailored approach to ensure that development needs, as well as the legal requirements of UK planning applications, are met. All of our bat consultants are highly experienced in carrying out scoping surveys, risk assessment and nocturnal bat survey projects.

Our specialists will carry out an initial bat risk assessment which aims to identify the likely risk of bats being present within the development site. This assessment may be enough to submit the bat survey report for planning permission if there is considered to be no risk to bats. However, if the risk to bats is considered to be low, moderate or high then further nocturnal bat surveys may be required. 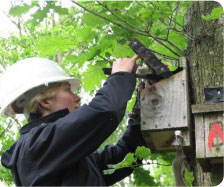 Nocturnal bat surveys involve surveyors being present at dawn and/or dusk to watch for bats emerging from or to a development site. The surveys need to be carried out during the most active season for bats which runs from May to September.The numbers of these surveys depend on the risk level of the structure. If bats are found the number of the nocturnal surveys needed may increase.

Whilst an initial bat risk assessment survey can be carried out at any time of the year, a nocturnal bat survey needs to be carried out between May and September, so forward planning is important to minimise any potential delays.

Will you need a bat licence?

If bats are discovered then an EPS licence may be required from Natural England, depending on the location of the roosts and the nature of the proposed works. Certain mitigation measures will need to be undertaken, such as provision of alternative roosting sites and the works will need to be carried out under method statement including the supervision of the works by a licensed ecologist to ensure no bats are harmed.

Please contact us for further information and a no-obligation quotation, and one of our bat consultants will get straight back to you.